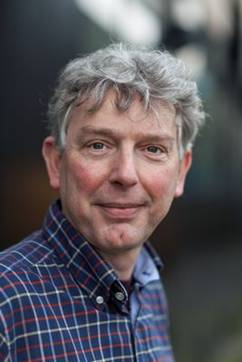 Prof. Jaap Wagenaar DVM, PhD, is expert in the field of clinical microbiology with particular interest in zoonoses and antimicrobial resistance. He worked with WHO (Geneva, CH), Centers for Disease Control and Prevention (Atlanta, US) and the USDA (Albany, US). His research group is working on antimicrobial resistance and microbiological food safety. Dr. Wagenaar is Director of the WHO Collaborating Center for Campylobacter and the OIE Reference Laboratory for Campylobacteriosis. He has been member of several of the EFSA ad hoc groups of the EFSA Panel of Biological Hazards (BIOHAZ) amongst them the one that addressed MRSA. He is an experienced project manager. 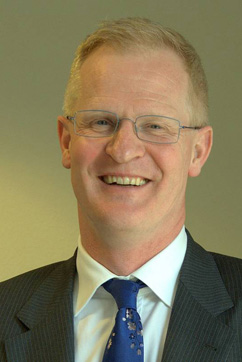 Prof. Dick Heederik, PhD is an internationally recognised expert in the field of environmental epidemiology and head of the Division of Environmental Epidemiology of IRAS, Utrecht University. In recent years his work focused on microbial exposures and antibiotic resistance in the environment and the implications for human health. He is permanent member of the National Health Council of the Netherlands, member of the expert panel of the Netherlands Animal Drug Authority and member of a working group of the European Surveillance of Veterinary Antimicrobial Consumption (ESVAC) project, He has been involved in several EU projects (CLEAR, HITEA, GABRIEL, HERA), the latter three focusing on microbial exposure in relation to disease occurrence. 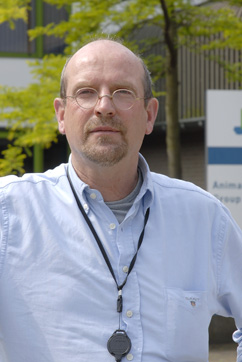 Prof. Dik Mevius, DVM, PhD, veterinary microbiologist is an expert in the field of molecular epidemiology of antimicrobial resistance. At the Central Veterinary Institute in Lelystad, he is responsible for the Dutch national reference laboratory on antimicrobial resistance (AMR) in animals. He coordinates the national monitoring programme of AMR in animals, annually reported in the MARAN-reports. He coordinates in addition numerous research projects on molecular epidemiology of AMR. Since 2007 he holds a Chair in the field of antimicrobial resistance at Utrecht University and since 2010 he is Chairman of the Expert Panel of independent Netherlands Veterinary Medicines Authority (SDa) that records antibiotic use on farms . As a national expert on AMR, he was involved in scientific advisory groups of the EMA in London, the European Food Safety Authority (EFSA) in Parma, the European Commission in Brussels and the Dutch Government. The current research of his group is focused on Extended Spectrum Beta-Lactamases, plasmids and other mobile genetic elements involved in the epidemiology of resistance genes and isolates and the association between AMR in bacteria in animals and in humans. 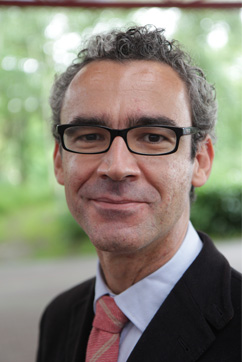 Prof. Bruno Gonzalez-Zorn is Professor at the Complutense University in Madrid. He gained his DVM in 1996 and his european PhD in 2001. After his Postdoc at the Pasteur Institute in Paris he received a Ramon y Cajal tenure-track contract from the Spanish Ministry of Science to return to Spain. Currently he leads a group working on molecular microbiology and the ecology of antimicrobial resistance in Madrid. His research interests focus on the role and function of small plasmids in antimicrobial resistance, the bacterial SOS-response and the 16S rRNA methyltranferases in pathogenic bacteria. In 2011 he was awarded the bianual Jaime Ferran Award from the Spanish Society for Microbiology. 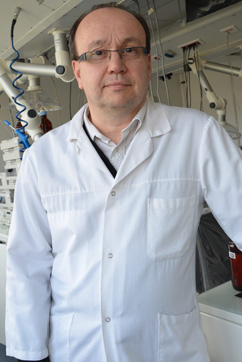 Dr. Pascal Sanders graduated in 1985 as a veterinarian at Veterinary School of Toulouse, France, and in 1992 as doctor in pharmacology (PhD 1992, National Polytechnical Institute of Toulouse). He started his career in 1985 at the laboratory of research for veterinary drugs at Fougères. His main research area is linked to the pharmacology of antimicrobials used as veterinary drugs and the risk assessment for human health in relation with their use. Since 1999, he is the head of the Laboratory of Fougères and the Director of the European Union Reference laboratory for residue of antimicrobials and dyes and the National Reference laboratory for residue of veterinary drugs and for antimicrobial resistance. He is expert for the European Medicines Agency, the European Food Safety authority and the Joint Expert Committee for Food Additives. 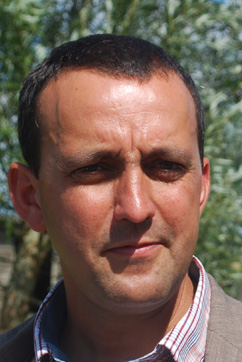 Prof. Jeroen Dewulf graduated in 1998 as a veterinarian at Ghent University, Belgium. In 2002 he finished his PhD and in that same year received a Master of Science degree in veterinary epidemiology from the university of Utrecht, the Netherlands. He became diplomat in the European College of Veterinary Public Health in 2005. Since 2006 he is associated professor in Veterinary Epidemiology at the faculty of Veterinary Medicine of the Ghent University. His main research interests are quantitative epidemiology and control of zoonoses with a specific emphasis on antimicrobial resistance and antimicrobial consumption. He is the head of the Veterinary Epidemiology Unit and is supervising 8 Phd students. He is member of the scientific committee of the Belgian federal food Agency as well as the working group on surveillance of antimicrobial consumption in the European Medicines Agency and is the founder and chair of board of the centre of expertise on antimicrobial use and resistance in animals (AMCRA) in Belgium. 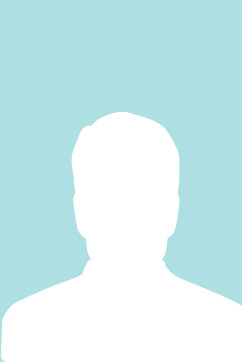 Prof. Frank M. Aarestrup is the head of the Genomic Microbiology and Antimicrobial Resistance (GMAR) unit which serves as reference laboratory for EU and WHO on AMR and conduct AMR research related to surveillance, susceptibility testing, ecology, treatment strategies, and genetic characterization. He has published more than 250 international papers in the AMR area. Large initiatives based on total DNA sequencing together with Center for Biological Sequence Analysis (www.cbs.dtu.dk), one of the largest bioinformatics groups in Europe, are some of the recent activities. 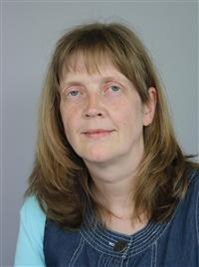 Dr. Tine Hald graduated in 1994 as DVM from Copenhagen University (KU), Denmark. In 2001, she finished her PhD in veterinary epidemiology from KU. Tine Hald is now a senior scientist and leading the unit of Epidemiology and Risk Modelling at Food DTU. Her main research area is the epidemiology, surveillance and control of foodborne zoonoses in the whole production chain with particular focus on the development of methods for source attribution and quantitative risk assessments applying microbial data. A main responsibility is to give scientifically-based advice to veterinary and food authorities, farmers’ and consumers organisations, and international organisations e.g. EFSA and WHO. She is a member of the European Food Safety Authority (EFSA) expert panel on biological hazards (BIOHAZ) and a core member of the WHO Foodborne disease epidemiology reference group (FERG) chairing a task force on source attribution. Finally, her work includes teaching and supervision of PhD students and under- and postgraduate students. 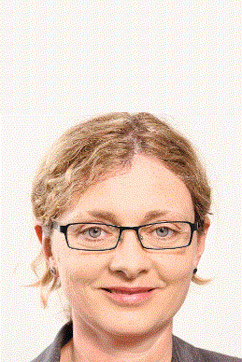 Prof. Katharina Stärk, DVM, PhD: Over the last two decades, Katharina has conducted applied research on infectious diseases and zoonoses as well as methodological issues related to risk analysis, surveillance and animal health decision making. She has worked in diverse environments including government, private industry and academia in numerous countries. Katharina is also Professor of Veterinary Public Health Policy at the Royal Veterinary College, London, where she is leading research on surveillance, zoonoses and food safety. Katharina has repeatedly served on international working groups and expert panels on surveillance, risk analysis and public health. She is co-editor of the journal Epidemiology and Infection. She has coordinated the FP7 project PILGRIM (www.fp7-pilgrim.eu). 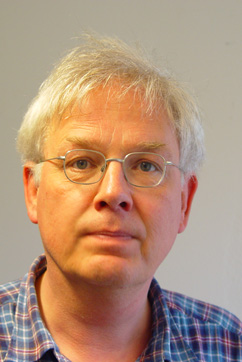 Prof. Helmut W. Saatkamp (BSc, MSc, PhD) is associate-professor in Economics of Animal Health and Food Safety at the Business Economics group. He has studied Tropical Agriculture (BSc), Animal Science (MSc) and Economics of Animal Health (PhD). He has over 20 years of experience in research and education in the area of economics of animal diseases, particularly at the multi-disciplinary level ranging from veterinary and animal sciences over economics to decision support. He participated in a large number of national and international research projects (as researcher, WP-leader and co-ordinator), predominantly in the fields of highly contagious livestock diseases (AI, CSF, FMD, emerging infectious diseases), food safety and food quality (Salmonella, pig production, quality systems, production chain monitoring), animal disease surveillance, and decision support to policy makers (national and international levels). So far, he has supervised 10 PhD projects. The role within EFFORT is: (1) leader of WP8 (Economic impact analysis) and (2) supervisor of PhD researchers within this WP8.